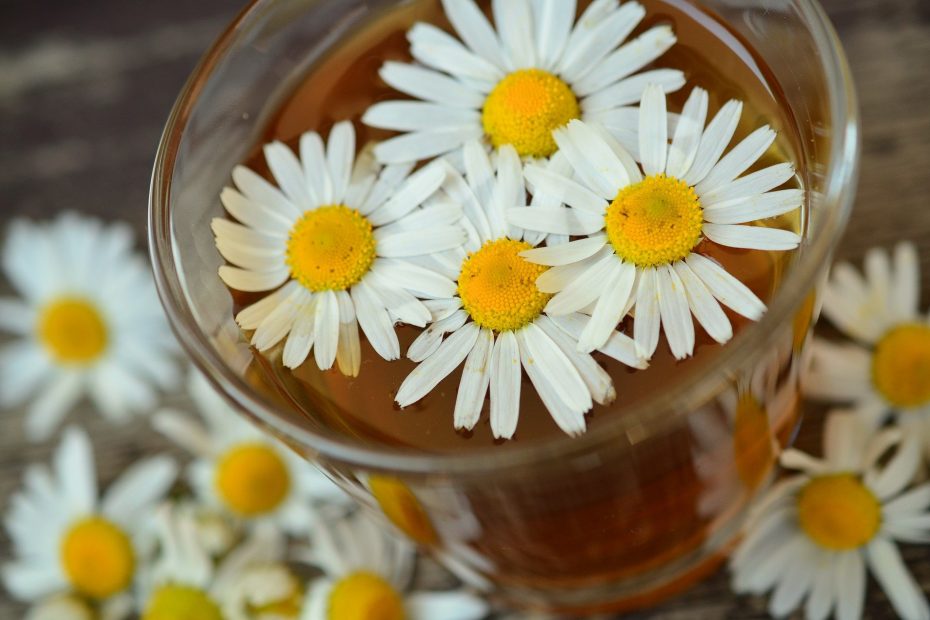 African traditional medicine is the oldest, and perhaps the most assorted, of all therapeutic systems. Africa is considered to be the cradle of mankind with a rich biological and cultural diversity marked by regional differences in healing practices. African traditional medicine in its varied forms is holistic involving both the body and the mind. The traditional healer typically diagnoses and treats the psychological basis of an illness before prescribing medicines, particularly medicinal plants to treat the symptoms. The sustained interest in traditional medicine in the African healthcare system can be justified by two major reasons. The first one is inadequate access to allopathic medicines and western forms of treatments, whereby the majority of people in Africa cannot afford access to modern medical care either because it is too costly or because there are no medical service providers. Second, there is a lack of effective modern medical treatment for some ailments such as malaria and/or HIV/AIDS, which, although global in distribution, disproportionately affect Africa more than other areas in the world.

The scientific literature has witnessed a growing number of publications geared towards evaluating the efficacy of medicinal plants from Africa which are believed to have an important contribution in the maintenance of health and in the introduction of new treatments. Nonetheless, there is still a dearth of updated comprehensive compilation of promising medicinal plants from the African continent.

The main aim of the present review is to highlight the importance and potential of medicinal plants from the African biodiversity which have short- as well as long-term potential to be developed as future phytopharmaceuticals to treat and/or manage panoply of infectious and chronic conditions.

Currently, A. senegal is an important naturally occurring oil-in-water emulsifier, which is in regular use in the food and pharmaceutical industries. Medicinally, gum arabic is used extensively in pharmaceutical preparations and is a food additive approved as toxicologically safe by the Codex Alimentarius. The demulcent, emollient gum is used internally against inflammation of intestinal mucosa and externally to cover inflamed surfaces, as burns, sore nipples, and nodular leprosy. Additionally, it has also been documented to be used as antitussive, expectorant, astringent, catarrh and against colds, coughs, diarrhea, dysentery, gonorrhea, hemorrhage, sore throat, typhoid, and for urinary tract ailments. Recently, it has been reported that A. senegal bark extracts were evaluated in vitro for their antimicrobial potential against human pathogenic isolates (Escherichia coli, Staphylococcus aureus, Streptococcus pneumoniae, Klebsiella pneumoniae, Shigella dysenteriae, Salmonella typhi, Streptococcus pyogenes, Pseudomonas aeruginosa, and Proteus vulgaris). The extract was found to exhibit significant antibacterial activity which was suggested to be due to the presence of tannins and saponins in the plant.

A. ferox has many traditional and documented medicinal uses. It is most popularly used for its laxative effect and as a topical application to the skin, eyes, and mucous membranes. Scientific studies conducted have verified many of the traditional uses. More recently, the cosmetic industry has shown interest in A. ferox gel. It has been reported that A. ferox gel contains at least 130 medicinal agents with anti-inflammatory, analgesic, calming, antiseptic, germicidal, antiviral, anti-parasitic, anti-tumour, and anticancer effects encompassing all of the traditional uses and scientific studies done on A. ferox and its constituents. The leaves have been reported to contain two juices; the yellow bitter sap is used as laxative while the white aloe gel is used in health drinks and skin care products. This purgative drug is used for stomach complaints, mainly as a laxative to “purify” the stomach and also as a bitter tonic (amarum) in various digestives and stomachics (such as “Lewensessens” and “Swedish Bitters”). The effect of A. ferox whole leaf juice on wound healing and skin repair was investigated in an animal model and its safety was evaluated. The results showed that the A. ferox whole leaf juice preparation accelerates wound closure and selectively inhibits microbial growth. No dermal toxicity or side effects were observed during the experimental period

Oral administration of 0.39 g/kg body weight of the aqueous extract of the leaves or barks of A. herba–alba has been documented to produce a significant reduction in blood glucose level, while the aqueous extract of roots and methanolic extract of the aerial parts of the plant produce almost no reduction in blood glucose level. The extract of the aerial parts of the plant seems to have minimal adverse effect and high LD50 value.  The antifungal activity of Artemisia herba–alba was found to be associated with two major volatile compounds isolated from the fresh leaves of the plant. Carvone and piperitone were isolated from Artemisia herba–alba.

Rooibos is used traditionally throughout Africa in numerous ways. It has been used as a refreshment drink and as a healthy tea beverage. It was only after the discovery that an infusion of rooibos, when administered to her colicky baby, cured the chronic restlessness, vomiting, and stomach cramps that rooibos became well known as a “healthy” beverage, leading to a broader consumer base. Many babies since then have been nurtured with rooibos—either added to their milk or given as a weak brew. The bronchodilator, antispasmodic, and blood pressure lowering effects of rooibos tea have been confirmed in vitro and in vivo. It has also been reported that the antispasmodic effect of the rooibos is mediated predominantly through potassium ionchannel activation. There is also increasing evidence of antimutagenic effects. Other opportunities may lie with topical skin products. Two studies concerning inhibition of COX-2 in mouse skin and inhibition of mouse skin tumou r promotion tend to support the role of the topical application of rooibos extract. Nonetheless, more research would be needed to explore its potential in preventing skin cancer in humans.

The active constituents are characterized by their clinical effects in the treatment of chronic venous disease, wound healing, and cognitive functions amongst others. Additionally, the effect of C. asiatica on cognitive function of healthy elderly volunteer was evaluated in a randomized, placebo-controlled, double-blind study involving 28 healthy elderly participants. It was found that high dose of the plant extract enhanced working memory and increased N100 component amplitude of event-related potential. Improvements of self-rated mood were also found following the C.asiatica treatment. The high dose of C. asiatica used in the study was suggested to increase calmness and alertness after 1 and 2 months of treatment.

C. roseus has been found to contain a plethora of phytochemicals (as many as 130 constituents) and the principal component is vindoline (up to 0.5%). The oral administration of water-soluble fractions and ethanolic extracts of the leaves have been found to show significant dose-dependent reduction in the blood sugar at 4 h by 26.2, 31.4, 35.6, and 33.4%, respectively, in normal rats. In addition, oral administration of 500 mg/kg 3.5 h before oral glucose tolerance test (10 mg/kg) and 72 h after STZ administration (50 mg/kg IP) in rats showed significant antihyperglycaemic effects. No gross behavioural changes and toxic effects were observed up to 4 mg/kg IP

A decoction of honeybush was used as a restorative and as an expectorant in chronic catarrh and pulmonary tuberculosis. Drinking an infusion of honeybush apparently also increases the appetite, but no indication is given of the specific species. Honeybush is well known as caffeine-free, low tannin, aromatic herbal tea with a wealth of polyphenolic compounds associated with its health-promoting properties. The exact biologically active phytochemicals from honeybush are unknown, but the beneficial effects have been justified based on phenolic compounds.  Other potential applications are for the prevention of skin cancer, alleviation of menopausal symptoms, and lowering of blood glucose levels

When tested on laboratory animals, bitter melon has shown hypoglycaemic as well as antihyperglycaemic activities. Polypeptide-p isolated from fruit, seeds, and tissue of bitter melon showed potent hypoglycaemic effects when administered subcutaneously to gerbils, langurs, and humans. The aqueous extracts of M. charantia improved oral glucose tolerance test (OGTT) after 8 h in normal mice and reduced hyperglycaemia by 50% after 5 h in STZ diabetic mice. In addition, chronic oral administration of extract to normal mice for 13 days improved OGTT while no significant effect was seen on plasma insulin levels. We recently reported that M. charantia fruit extracts have a direct impact on transport of glucose in vitro.

P. sidoides root extract EPs 7630, also known as Umckaloabo, is a herbal remedy thought to be effective in the treatment of acute respiratory infections. There are numerous studies about P. sidoides and respiratory tract infections. These studies showed that P. sidoides may be effective in alleviating symptoms of acute rhinosinusitis and the common cold in adults, but doubt exists. It may be effective in relieving symptoms of acute bronchitis in adults and children and sinusitis in adults. EPs 7630 significantly reduced bronchitis symptom scores in patients with acute bronchitis by day 7. No serious adverse events were reported.

It is evident from the literature that there is currently a renewed interest in African-plant-based medicines in the prevention and cure of various pathologies. Medicinal plants still play an important role in healthcare system in African countries. Nonetheless, there are still many major challenges that need to be overcome and addressed for its full potential to be realized as the effective treatment of diseases with plant products has not been validated thoroughly with robust scientific criteria to compete with existing conventional therapies. Additionally, other issues that need to be addressed are that of access and benefit sharing following the Nagoya agreement. Local laws need to be TRIPS compliant if trade of African herbal products is to increase, and, at the same time, issues of sustainable use and development of plant products need to be addressed.