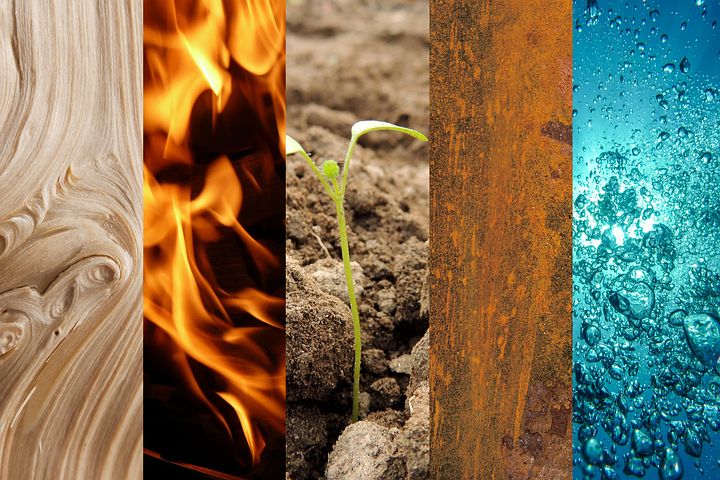 According to Traditional Chinese Medicine (TCM), the organ connected to springtime is the liver. The liver is connected to the wood element, which refers to living and growing things like plants, trees and humans. In TCM, practitioners use the mental and emotional characteristics of the liver to diagnose and treat imbalances in their patients as well as its physical manifestations.

For example, according to TCM theory, excessive irritability and anger can affect the liver and result in multiple ailments, including menstrual pain, headache, redness of the face and eyes, dizziness, and dry mouth. Alternatively, imbalance in the liver can result in stormy moods. TCM is based on the principle that mental and physical well-being are intricately entwined. In turn, practitioners believe that optimal health is governed by balancing a person’s qi (vital life force) with the complementary forces of yin (passive) and yang (active) and the five elements of fire, water, earth, wood, and metal.

According to traditional Chinese medicine, emotions are narrowed down to five basic feelings that are each associated with a corresponding element and organ in the body:

When the emotional aspects of the liver are working as they should, you are able to stand firm in your convictions, with proper boundaries between you and others around you. The liver influences confidence and assertiveness, and the ability to make decisions and stick by them. The liver also has a lot to do with stress and anger. Physically, an imbalanced liver can create tight tendons, necks and shoulders, and emotionally  it can lead to a tightness of the spirit.

What does the liver have to do with migraines or PMS? Organ systems in TCM may include the Western medical-physiological functions, but they are also part of the integrated, holistic body system. So, the entire mind and body may be evaluated and treated to improve a specific health concern.

Digestion and the processing of nutrients are primary functions of this vital organ. In TCM, the liver is associated with anger, depression, and the below physical symptoms:

The liver, for example, ensures that energy and blood flow smoothly throughout the body. It also regulates bile secretion, stores blood, and is connected with the tendons, nails, and eyes. By understanding these connections, TCM practitioners explain how an eye disorder such as conjunctivitis might be due to an imbalance in the liver. Or, excess menstrual flow may be due to dysfunction in the liver’s blood-storing ability.

On the emotional side, the liver is connected to anger, which when out of balance, can be expressed in the extremes of excess wrath and irritation or as a lack of feeling, as in depression or PTSD. These mental health imbalances can be both symptoms and/or contributing causes of liver dysfunction.

The key emotions of the liver are anger and frustration. So what would lopsided liver energy look like to a casual observer?  Imagine this: a red-faced hypertensive man waiting impatiently in line at a store, huffing and puffing because he has to wait like everyone else. He is pointedly looking at his watch and glaring at the cashier. Every once in awhile he bumps into the woman in front of him as he checks his watch, and she moves back, submitting to him and allowing him to take over her personal space. He is becoming more and more furious by the minute, because he is late for his scheduled activities. Most people would describe this guy as controlling and overbearing, but in the world of acupuncture, his liver energy is simply out of sync.

When the liver isn’t doing its job, everything in the body tends to rise upward. In these types of patients, you can often see the physical manifestations of their emotional state. These patients might hold everything in their bodies in a tight, rigid manner. They often clench or grind their teeth in anger and frustration. Their faces might be suffused with colour. That doesn’t mean all people who have a liver imbalance act this way, or that the liver is responsible for creating miserable “Type A” individuals. This liver energy is necessary for keeping us on track. Without it, we wouldn’t have a sense of purpose, and we wouldn’t be able to get anything done.

The key is balance. We could take another look at that line the angry man was in, and take into consideration the woman who was bumped into. Her imbalance of liver energy in the opposite direction creates a lack of boundaries, allowing her to have a “pushover” mentality. When someone steps into her personal space, she steps back. She lacks the assertiveness that a strong liver energy can bring forth. When kept in a state of equilibrium, the liver can move us toward our goals, allowing us to plan and follow a steady course. It can keep us on track with our plans and ambitions, and protect us from those who want to cross our boundaries and take our energetic reserves.

Despite the growing popularity and anecdotal evidence, it’s important to note that many TCM treatments and philosophies have not been vetted in the same way as conventional Western medical care. While TCM has been practiced for centuries and has been shown to be effective for treating some conditions—particularly those related to pain and stress—much research is mixed or unclear. However, rather than simply dismissing the efficacy of those TCM practices, these findings reinforce the powerful (and in many ways, still mysterious) link between mind and body in the healing process, which is the underpinning theory of TCM itself.