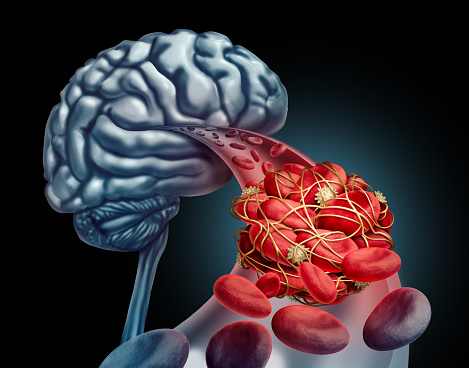 Blood type may affect brain function as we age, according to a new large, long-term study. People with the rare AB blood type, present in less than 10% of the population, have a higher than usual risk of cognitive problems as they age.

University of Vermont haematologist Mary Cushman and her colleagues used data from a national study called REGARDS, which has been following 30,239 African-American and Caucasian individuals older than 45 since 2007. The aim of the study is to understand the heavy stroke toll seen in the southeastern U.S., particularly among African-Americans. Cushman’s team focused on information collected twice yearly via phone surveys that evaluate cognitive skills such as learning, short-term memory and executive function. The researchers zeroed in on 495 individuals who showed significant declines on at least two of the three phone survey tests.

When they compared that cognitively declining group with 587 participants whose mental muster remained robust, researchers found that impairment in thinking was roughly 82% more likely in individuals with AB blood type than in those with A, B or O blood types, even after taking their race, sex and geography into account. The finding was published online last September in Neurology.

The seemingly surprising result has some precedent: past studies suggest non-O blood types are linked to elevated incidence of heart disease, stroke and blood clots—vascular conditions that could affect brain function. Yet these cardiovascular consequences are believed to be linked to the way non-O blood types coagulate, which did not seem to contribute to the cognitive effects described in the new study. The researchers speculate that other blood-group differences, such as how likely cells are to stick to one another or to blood vessel walls, might affect brain function.

Cushman emphasises the need for follow-up studies not only to verify the blood type/brain function association but also to untangle mechanisms for it. In the meantime, those with AB blood need not panic about their future cognitive wherewithal, she says, noting that all our brains are apt to benefit from a healthy diet, awareness of our risk factors for heart disease and stroke, and regular exercise for the body and brain.

FROM BLOOD TYPE TO BRAIN

Blood type has been linked with a variety of mental disorders, but the associations are weak—many other factors are more important in determining who ends up with an illness. Still, the fact that a connection may exist intrigues some scientists, who hope one day to uncover the biological processes that link blood molecules to mental health, possibly improving our understanding and treatment of these illnesses.

People with O blood type may be more likely to have depression and intense anxiety; children may be at a greater risk of attention-deficit disorder.

People with A blood type may be more prone to obsessive-compulsive disorder; children may be at a greater risk of attention-deficit disorder.

Children with B blood type may have a lower risk of attention-deficit disorder.

In summary, people with AB blood type are at higher risk for age-related cognitive decline.